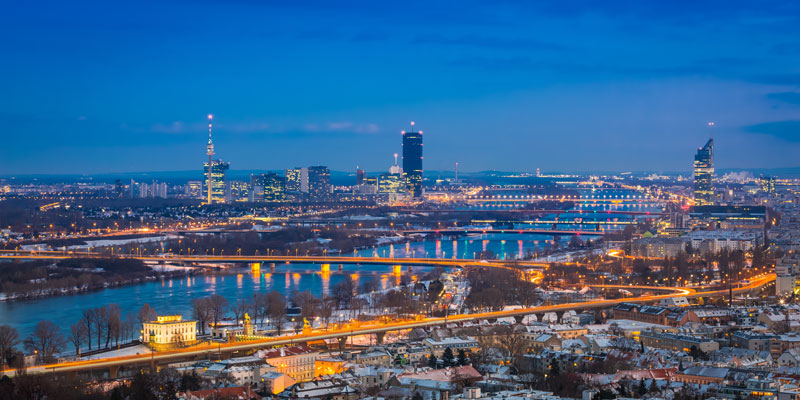 In a move that will accelerate the adoption of IoT nationwide, Three Austria has launched Narrowband IoT. Three Austria is initially making the technology available to selected companies before rolling out the network country wide in mid-July.

The rollout of Narrowband IoT comes ahead of Three Austria's planned launch of 5G and is a logical next step for the telecoms company, which is seeing heightened demand for a low-cost, low-power IoT solution.

Narrowband IoT is ideally suited for so-called massive IoT – applications or devices with below-ground deep building penetration and low-power extended battery life, such as meters, on-off buttons, door locks, industrial monitors, smoke, motion or water detectors and temperature sensors. Companies using these applications and devices typically do so on a massive scale, and often the devices are located in challenging environments.

The companies currently using Three Austria's new Narrowband IoT network span a range of sectors including energy, transport and logistics, and building management, all of which rely on these low-power devices for tasks such as tracking assets, monitoring energy usage, and gauging temperature levels. This echoes Three Sweden's experience of Narrowband IoT which was successfully piloted by companies within the energy sector.

Businesses across Europe are demanding a solution that can allow them to adopt the technology, but in a cost- and energy-efficient way; Narrowband IoT offers these advantages and will accelerate IoT adoption.

Narrowband IoT modems and tariffs are significantly cheaper than traditional mobile internet access, and the modems can achieve battery life of up to 10 years with just two conventional AA batteries. In addition, the long range of Narrowband IoT ensures greatly expanded coverage and, critically, can access those hard-to-reach locations like basements - even without additional transmitter power.

With the new rollout, Three Austria builds on the experience of fellow 3 Group Europe companies Three Sweden and Wind Tre in Italy, which have successfully deployed Narrowband IoT.

In Sweden, utility companies who were among the first to put the technology to the test found that it delivered what other IOT technologies couldn't, including long-range and deep-indoor coverage, perfect for metering applications.

In addition to entailing a far cheaper installation cost than competing technologies for the utility companies, Narrowband IoT also allowed faster throughput and no limitations on how often data could be transmitted.

For customers, that meant more frequent meter readers and accurate bills, every time, instead of bills based on a once- or twice-yearly meter reading.

Read more information here on Narrowband IoT in the last mile, or see here for the technology's successful deployment in smart meters.